The bull is a very ancient and complex symbol with multiple meanings, from strength and power to fertility and impulsiveness. The bull tattoo is therefore a powerful image that can likewise symbolize a whole wealth of different concepts, depending on the bearer’s intentions.

The widespread presence of the bull in many ancient mythological cultures and religions can be explained by the fact that cattle were among the first animals domesticated by man. Most likely this happened for the first time in Asia, not long after the wolf became the domestic dog.

Over the millennium bulls have performed many tasks for mankind, from a source of power for construction and farming to a fundamental component of many culture’s food supply. It is the tight association between the origins of civilization (power for construction, food to supply increasing populations of stationary gatherings) that lends the bull much of its symbolic stature.

The bull is a powerful creature, bent to human needs, in many ways symbolizing the conquering of nature by human ingenuity. However, the bull is still a strong and dangerous animal, renown for its stubbornness and intractability. This combination of usefulness and power made them the ideal sacrificial animal in ancient religious rites. All through the Mediterranean, the Ancients sacrificed bulls to their gods on ritual days, considering them the most potent expression of submission before the gods.

The Greeks, Romans, Egyptians and Babylonians all considered the bull to be one of the most powerful creatures in the world, tied to fertility and the progression of the seasons. The bull tattoo meaning is often an echo of the spiritual role the bull once played.

Another symbolic aspect of the bull tattoo is related with the virility and ferocity of the animal.. A bull in a rage is a terrifying sight, representing lust and destructive intent. Bull tattoos  can symbolically transfer some of this virility to its bearer, or represent his or her prowess in physical matters. Bull fighting and riding are ancient traditions that have continued, more or less uninterrupted, for thousands of years. The modern rodeo draws on historical activities that would have been common in Ancient Greece, and Spanish bullfighting is a descendant bull cults in ancient Crete.

Non-European cultures have a whole wealth of symbolism surrounding the bull as well. In India, with its predominantly Hindu population, bulls are revered as symbols of strength and fertility. Cows are sacred in India, so it’s no surprise that bulls are considered somewhat important, but part of the Hindu creation myth is based around a heavenly bull named Rudra who fertilized the world. Many other gods either have bull aspects to them or are associated with bulls in some manner or another.

The powerful roar of a bull has long been connected with thunder, with several gods of thunder in different religious traditions having bull companions or even being partially bull themselves. Often mythical bulls were the source of thunder directly, trampling through the sky, with the thunder created by their hooves and bellows. 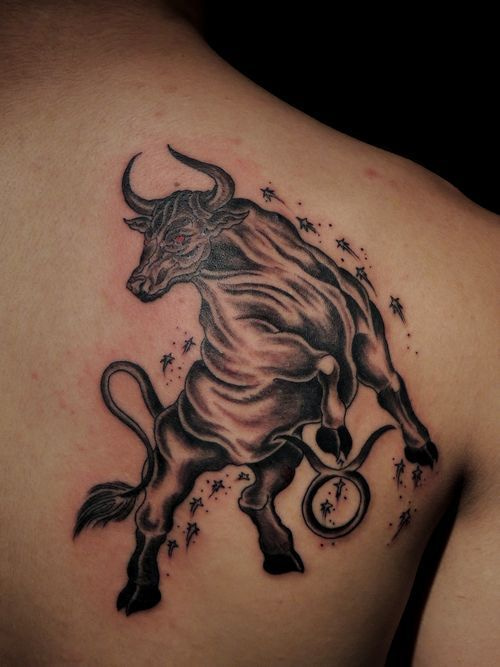 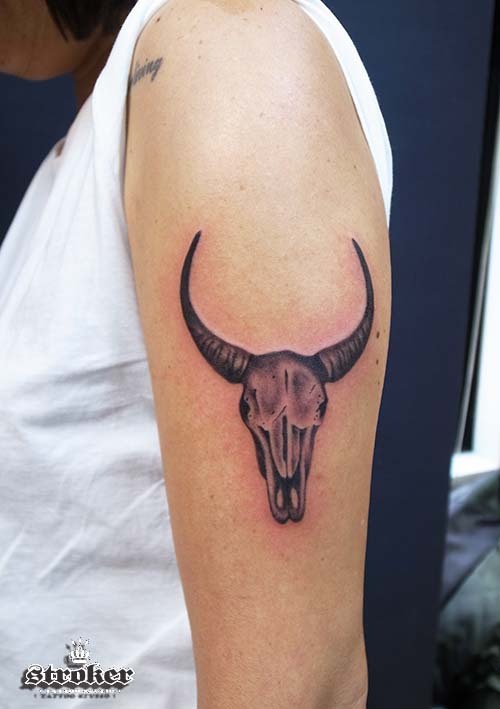 Bull tattoos can be a symbol of power, strength, resurrection, masculinity, fecundity, impulsiveness, paternal figure, dominance or the sign of the zodiac -Taurus bull tattoo. A bull tattoo design can have so many approaches, depending on the personality and the message you want to express. Whether you opt for a simple, minimalistic style or you go for a more complex image, the outcome is quite strong and outstanding. 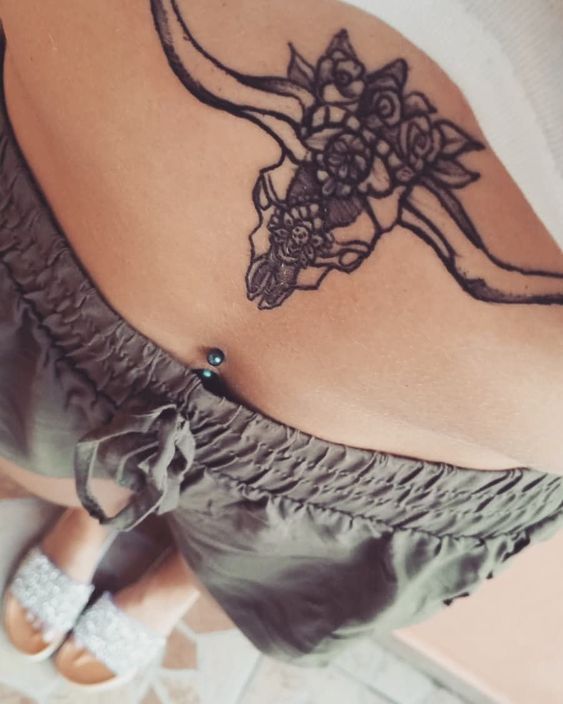 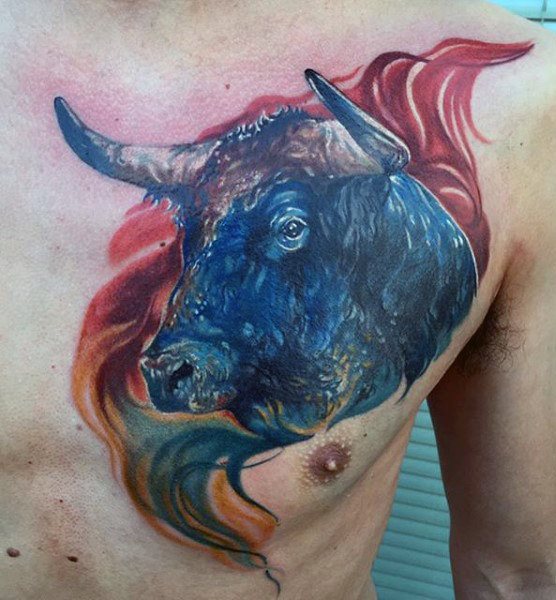 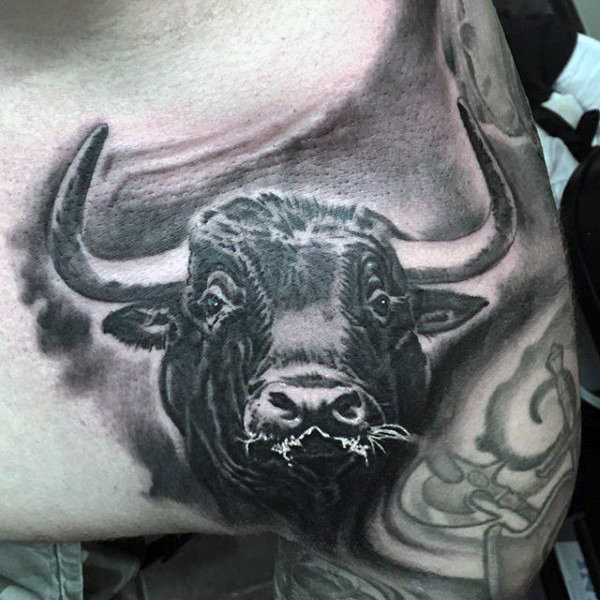 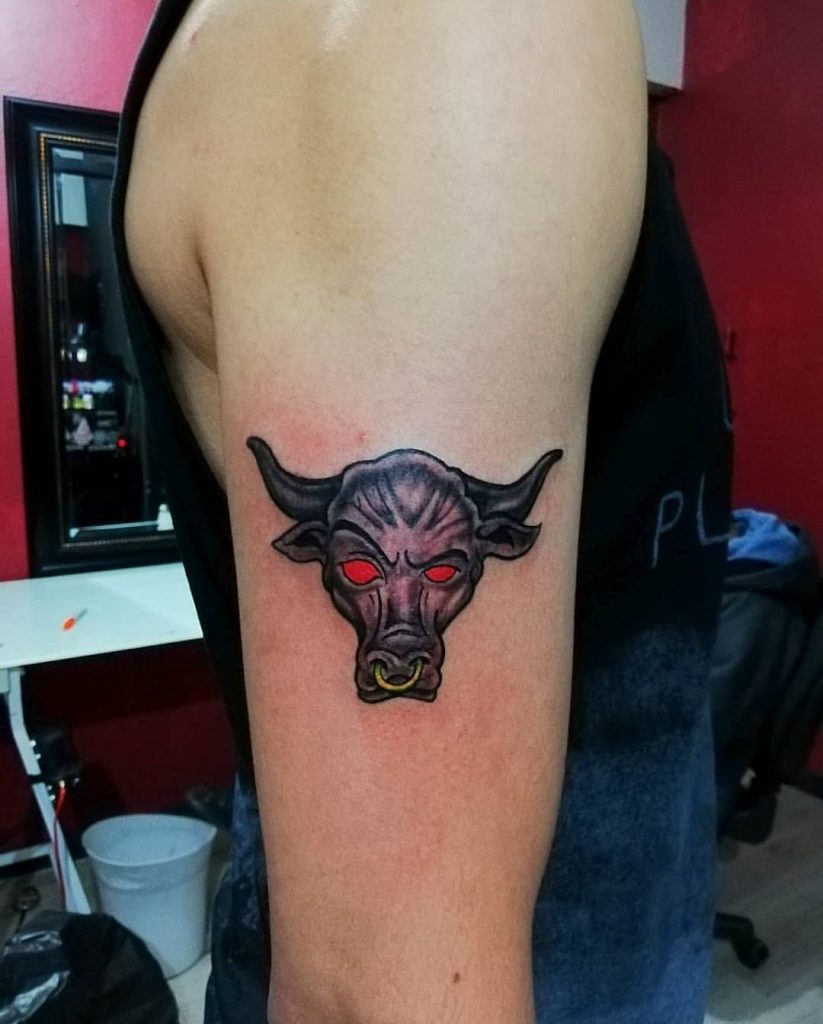 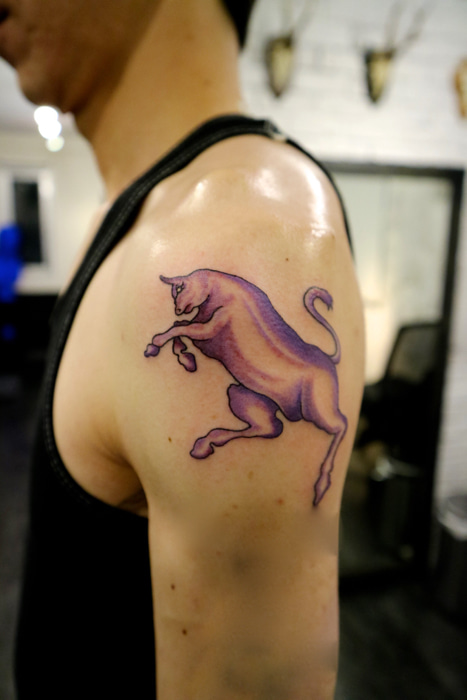 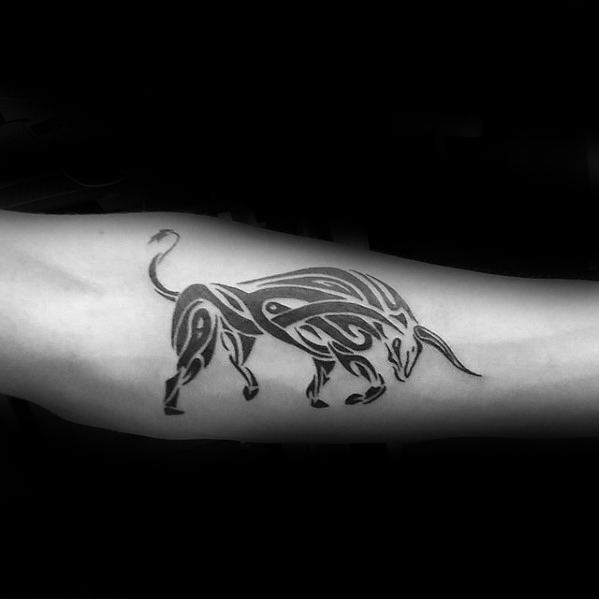 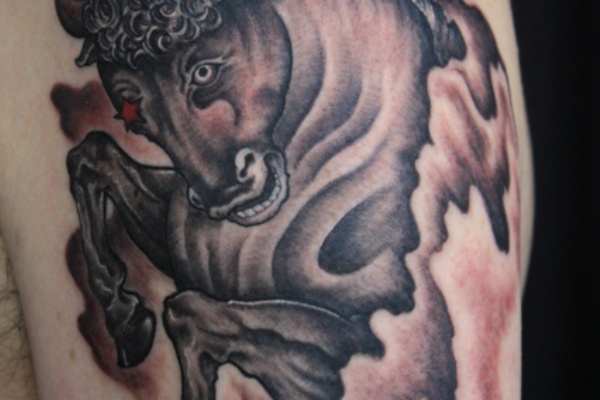 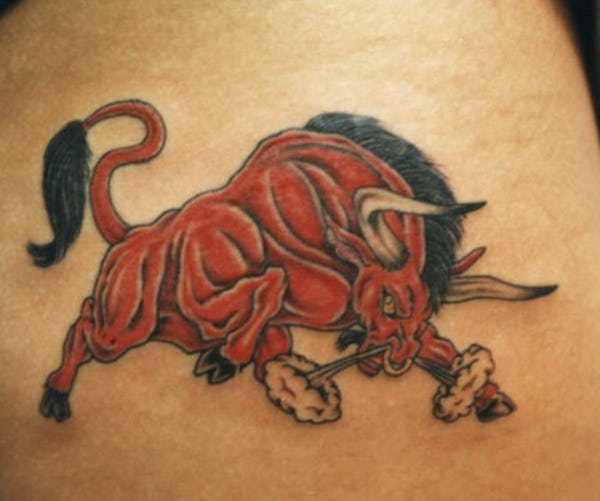 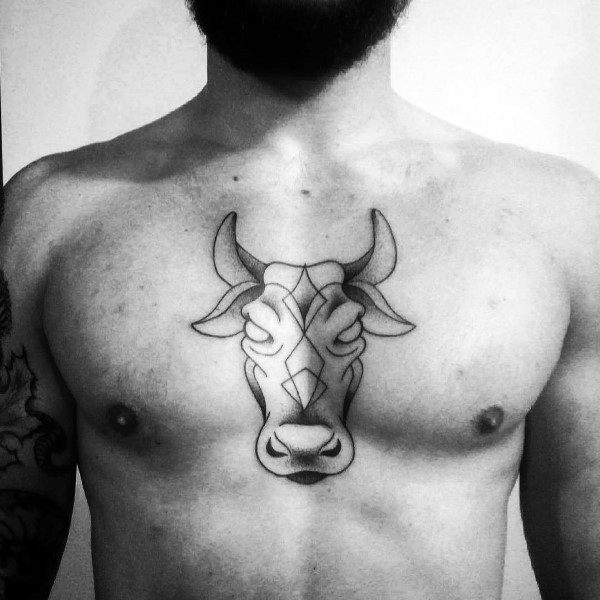 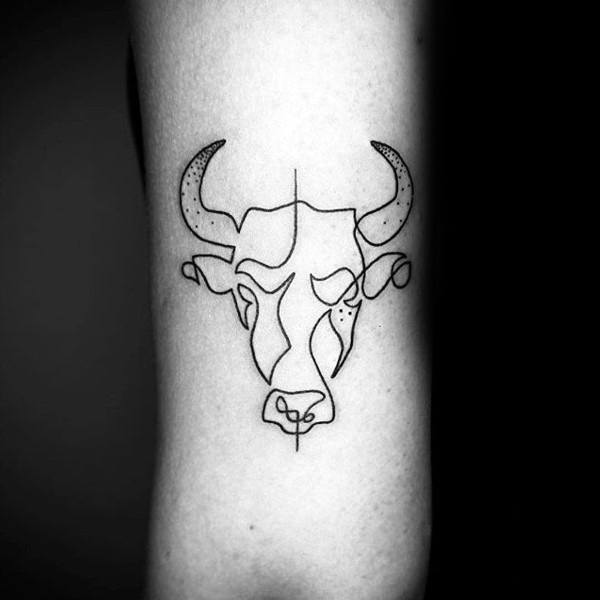 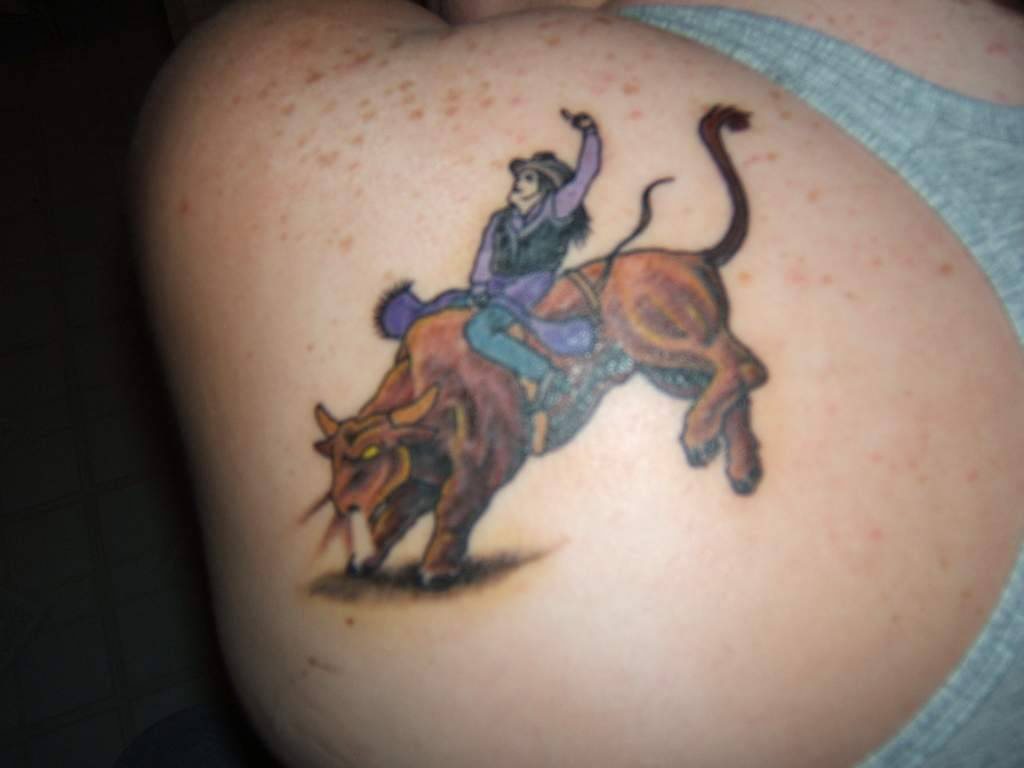 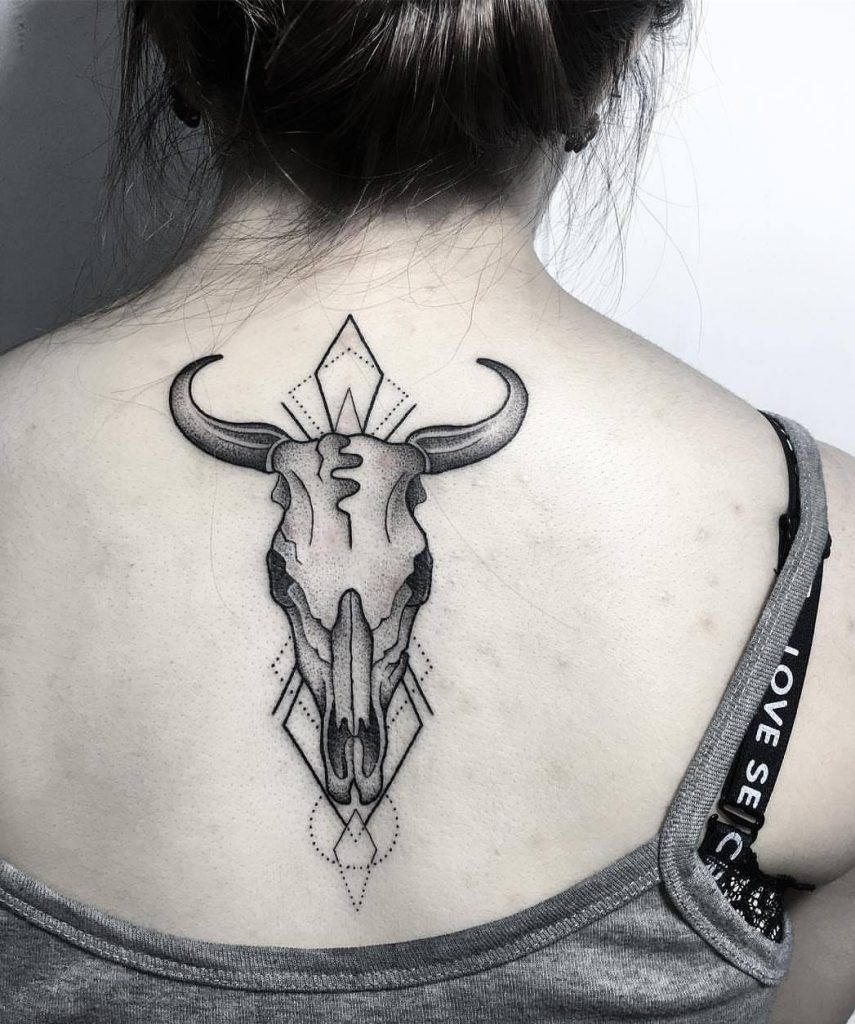 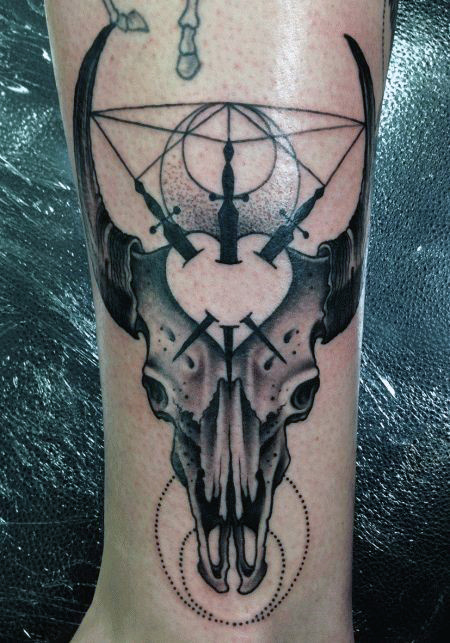 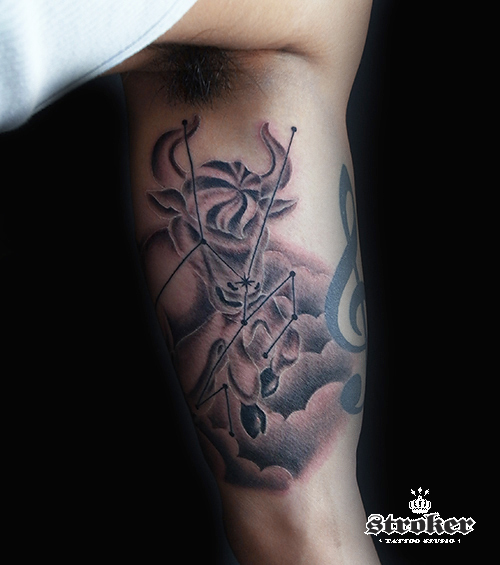 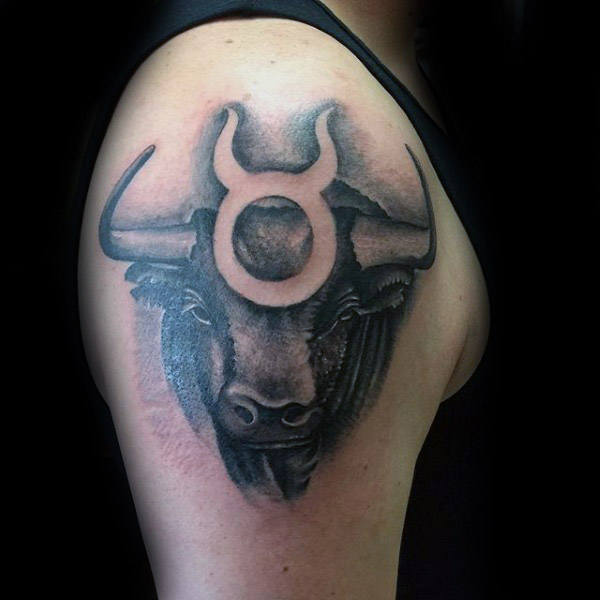