The modern image of the cherub is generally a beautiful child with wings, much like images of Cupid. However, cherubs are actually much older than this image of a bow wielding little boy angel and actually predates the Roman god on which this image is based. While the modern cherub is a baby angel, complete with wings, cherubs, also known as cherubim, are a class of angel that dates back to the ancient Middle East.

Cherubs have represented different things for over the years, from supernatural bearers of the Throne of God to romantic couriers shooting love-bestowing arrows. The modern iteration of the cherub can be a departed relative, a messenger or protector who watches over a virtuous believer or an innocent supernatural creature who ensures that the universe follows God’s plan. They represent the synthetic nature of mythology and religion, drawing on religions widely separated in space, time and culture.

Christianity incorporated both this hierarchy of angels, with seraphs at the peak, and cherubim just below them, and the various pagan religions which were its competitors. It was the image of the Roman god Cupid (and his Greek counterpart Eros) which was grafted on to the Assyrian and Semitic concepts of the cherub. The familiar winged child was developed in the early years of the Church to incorporate the beliefs and rituals of non-Christian religions into Christianity. Much as other pagan gods were turned into Saints, the Cupid/Cherub concept was fully enmeshed into Christian mythology.

Cherubs became associated with romantic love during the Middle Ages, as bits and pieces of Greek and Roman mythology became further incorporated into Christianity. During the Renaissance, artists focused on child angels, which were called putti at the time, eventually equating cherubs and putti as we do now. Cherubs became matchmakers and messengers for love, musical angels, common motifs for classical artists and frequently invoked as part of the Church’s complex theology of angels. More modern strains of Christianity have emphasized the role of Angels in everyday life and continued to expand on the mythology of cherubs.

Among the various embellishments, most commonly developed in America, are the idea that Cherubs are made up of virtuous believers, in a sense promoted from the ranks of those in Heaven. This has added a new wrinkle to the symbolism of the cherub, as they can also represent the spirits of the departed, watching over their descendants. Modern cherubs are the definition of innocent and angelic, without the more dire overtones of the higher ranks of the Angels who deliver messages or punishment from God.

Cherub angels tattoos are one of the most popular classes of angels, both because of their non-threatening appearance and the positive reputation for helping believers and delivering good tidings. 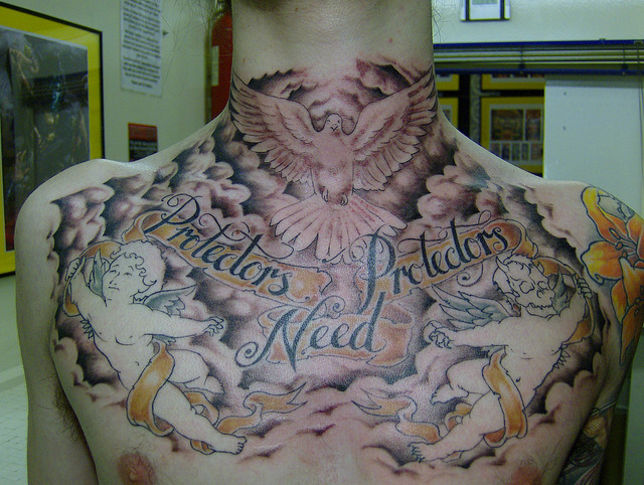 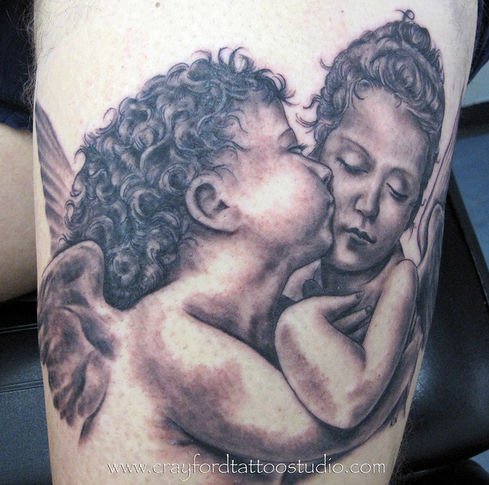 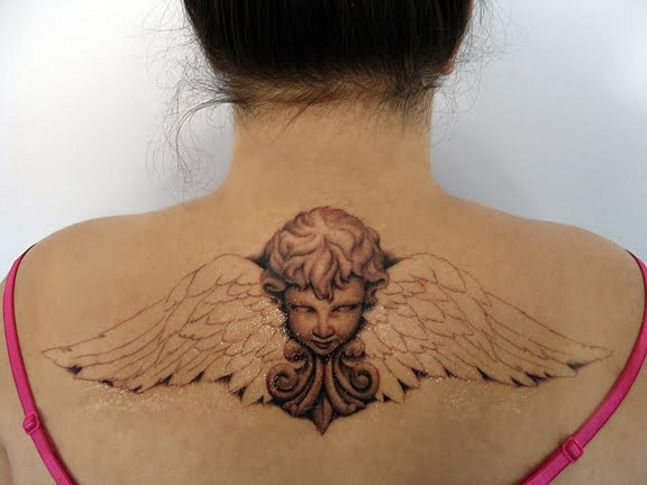 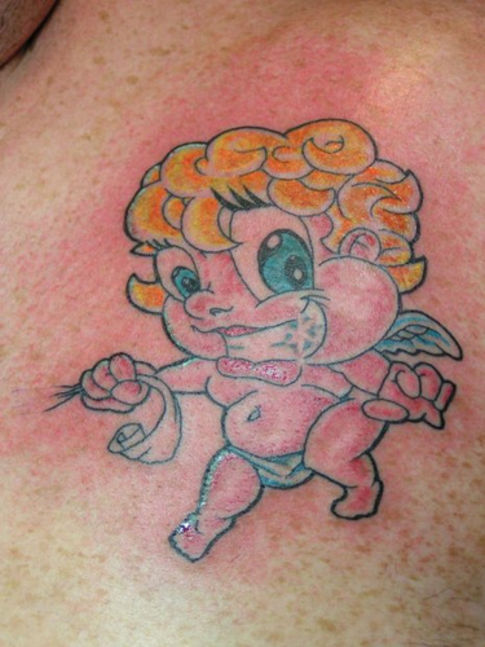 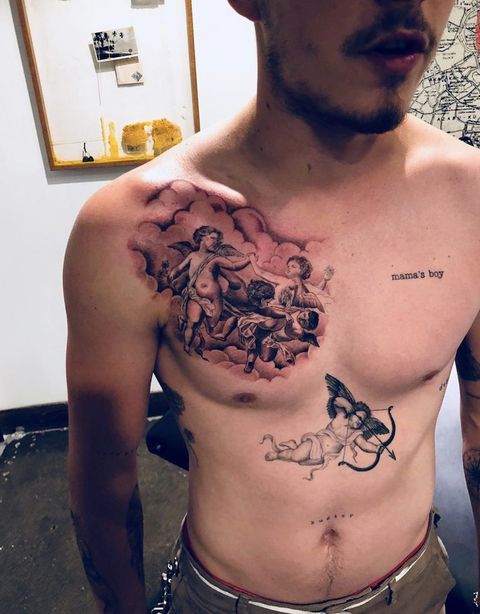 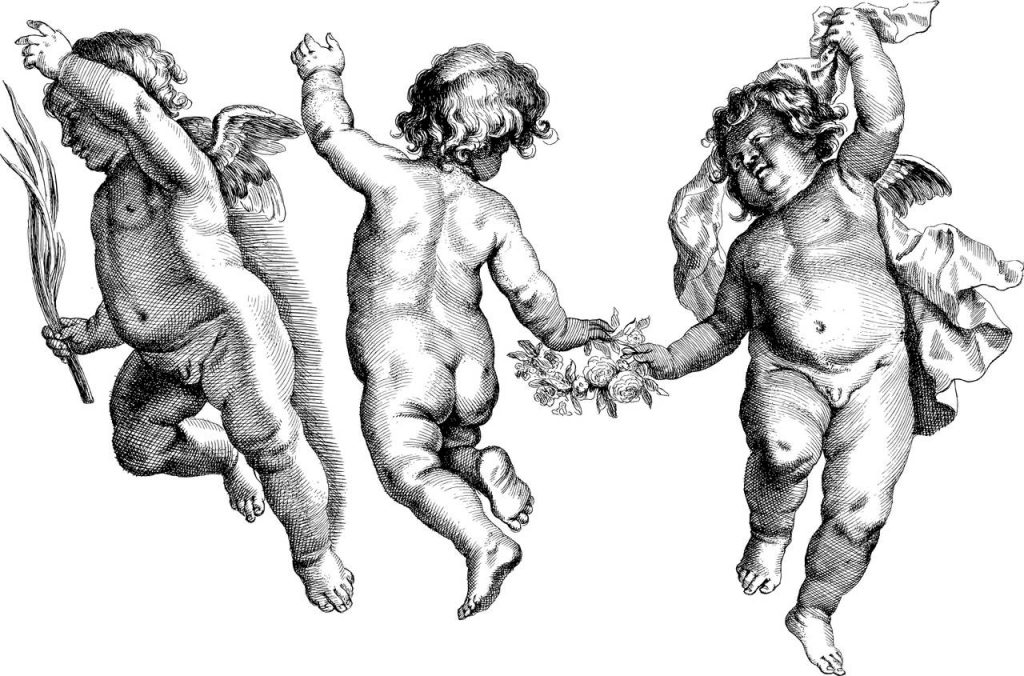 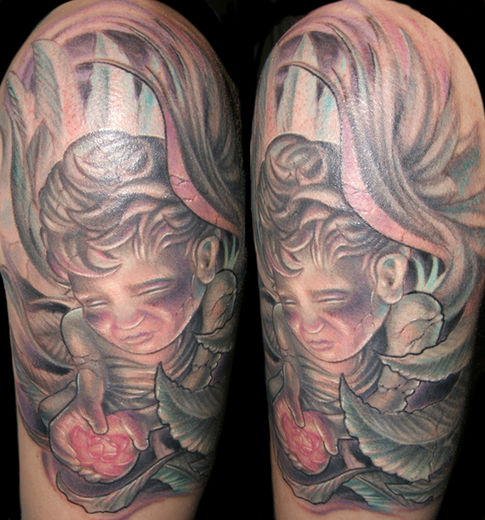 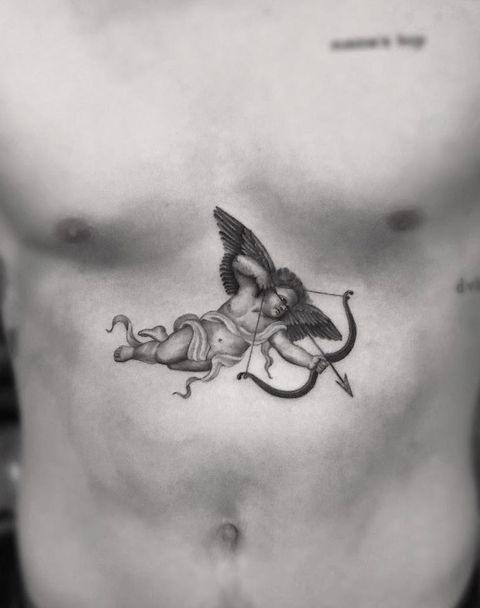 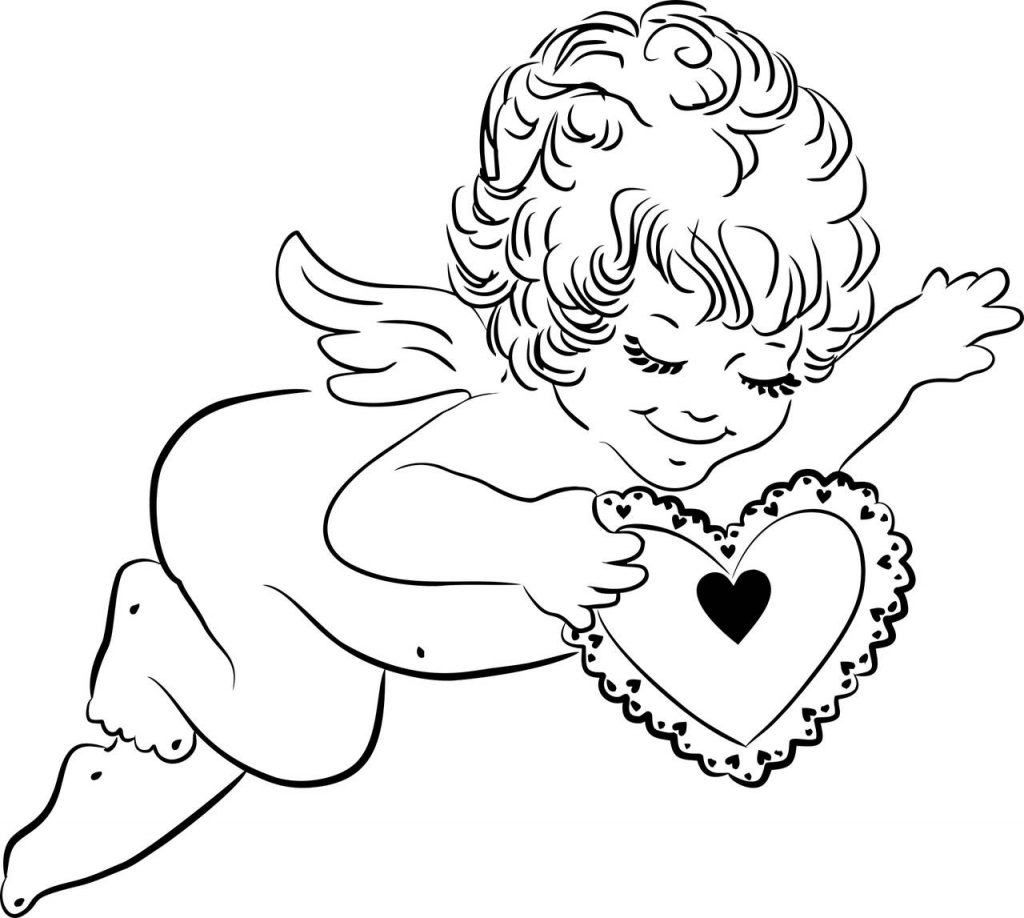