Strawberries are one of the most popular fruits around. They are not only tasty but they also look beautiful and that is why they are still a popular choice for tattoos as far as fruit tattoos go.

Fruits and vegetables are common symbols for tattoos due to their importance to various cultures. Fruits have a long and storied history as symbols for a variety of reasons, not the least of which is their rarity and expense during much of history. Strawberries are a common example of this trope, being a fruit that naturally comes into season for a short time each year. Strawberries were very quickly incorporated into prehistoric culture, with strawberries appearing in ancient archaeological sites as far apart as Denmark, Sweden or England.

It’s only natural, considering the long relationship between man and strawberry, that strawberry symbols have evolved. The strawberry plant has long had medicinal uses in traditional cultures, especially the leaves, which were used to treat a variety of different maladies. As a result, strawberry tattoos are often associated with shamanic or traditional medicine and the spiritual path associated with it.

During the Middle Ages, strawberries began to appear in the Illuminated manuscripts of monasteries and churches. For Catholics, the strawberry was a fruit pregnant with symbolic significance. Their taste, delicacy and ephemeral growing patterns made them the perfect offering to the spirit of Mary, Mother of God. And a botanical quirk gives strawberries an average of three leaves per bloom, connecting the plant with the Holy Trinity of God the Father, the Son and the Holy Ghost. As a result, strawberries could be found on manuscripts, in religious artwork and even in the construction of cathedrals.

Strawberry symbolism was further connected with romance and love, due to the spring growing period and the delicate, easily bruised nature of the fruit itself. Adding to this was the common belief that strawberries possessed certain properties making them useful as an aphrodisiac. As a result, newlyweds often ate strawberries before they consummated their marriage and the strawberry was even more tightly connected with romance and love.

Another common theme with the strawberry is their usefulness as an offering to various supernatural agencies. Besides the medieval Christians, both Native American and various pagan traditions considered them suitable gifts to the various spirits and gods they believed in. Bavarian folk tradition, never totally exterminated by the expansion of Christianity, goes so far as to give strawberries to elves which they hope will protect and nourish their dairy cows.

In modern days, strawberries have lost much of their symbolic value partially by being far more common than they were in the past. While they were once limited in availability to a few weeks a year, they’re now available nearly all the time. As a result, their value had decreased.

In modern times, the strawberry is often used to relate to The Beatles, mainly because of their song “Strawberry Fields Forever”. Tattoos that refer to this Beatles song are often accompanied by some lyrics such as “Living is easy with eyes closed” or “Nothing is real” or often with the title of the song. 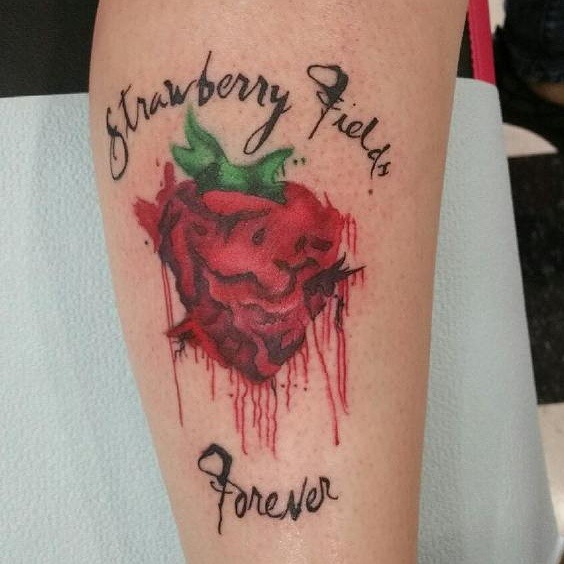 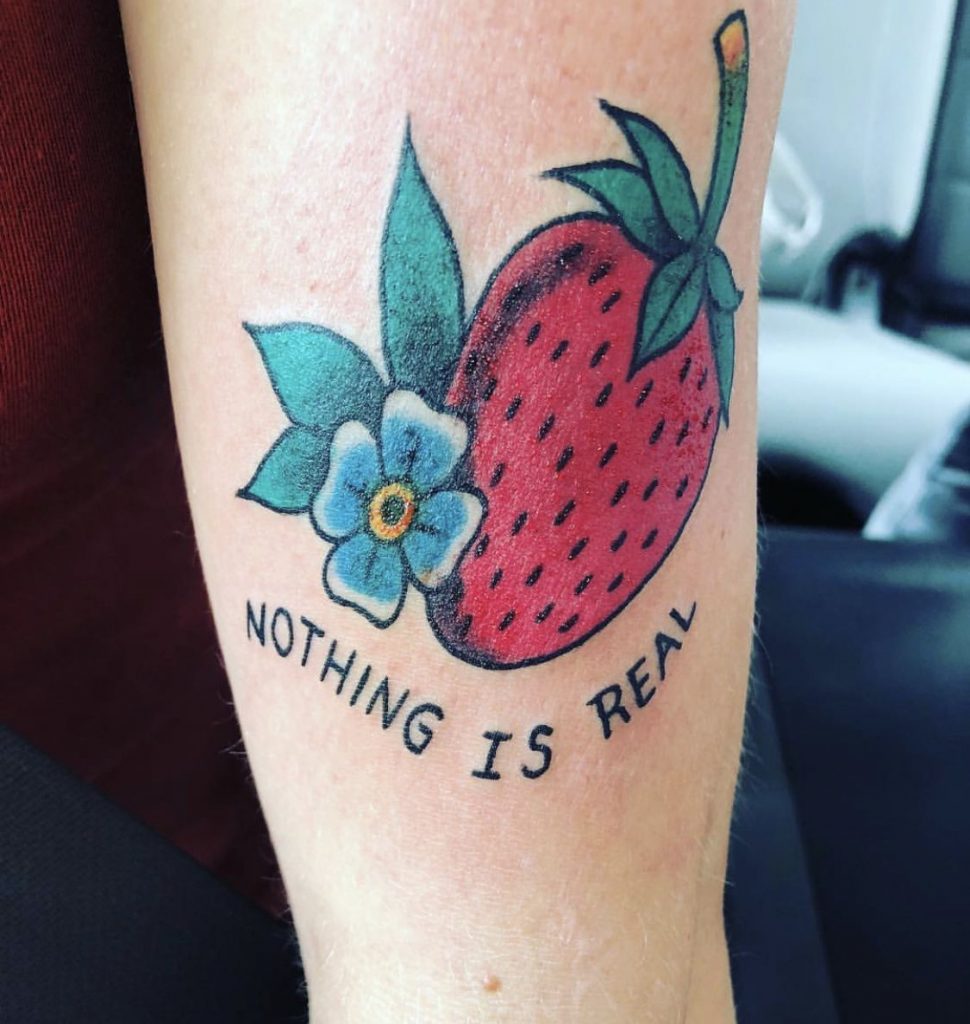 Strawberry shortcake is not only delicious but also a beautifully looking dessert. It doesn’t have any particular symbolism, except that cakes are often lustful and strawberries are associated with love too.

Strawberry Shortcake is also a cartoon character, originally a greeting card character that was very popular with young girls from the 80s till the early 2000s. With no doubt strawberry shortcake tattoos are so popular and good looking for those who prefer them.