26 Beautiful Tree Of Life Tattoo Designs For Women And Men​

The idea of a Tree of Life spans aeons and cultures, as well as academic disciplines, from biology to philosophy and theology. In general it has served throughout history as a symbol of the interconnectedness of all life. Furthermore, it emphasizes that all life extends from the same ancient source (the roots, whatever they may represent in that particular society), branching outward and apart in different directions as time goes on.

Many Tree of Life designs are completely original and not obviously inspired by any particular cultural take on the idea. This is only natural, of course; the idea of a Tree of Life is so pervasive and so basic to many cultural traditions that it is to be expected that we would constantly recreate and make the old idea new.

When considering a Tree of Life design, there is a staggering number of cultural depictions one might consider investigating. Most of these are beyond the scope of this article (especially as most are not common as tattoo designs), but Tree of Life iconography exists in the Egyptian, Chinese, Mesoamerican, Turkic, and Urartu cultures as well, to name just a few. The idea is rich in deep meaning and an intriguing choice for anyone for whom the idea of the interconnectedness of life is special.

Perhaps the most popular Tree of Life designs are Celtic in nature, typically ringed with the knots and ropes common to so many Celtic tattoo designs. Celtic life was greatly indebted to trees for natural resources, food, shelter, etc. – the Tree of Life stood above all these as a cosmological symbol, its roots the netherworld beneath us, the branches ascending into the heavens, and the trunk our mortal, perishable Earth, the existence that connects the two.

Contrary to popular belief, there is nothing ancient or traditional about this Celtic Tree of Life symbol aside from perhaps the sentiment behind it. It was created by Welsh contemporary artist Jen Delyth in 1990 and has become a popular folk-art symbol.

The Yggdrasil from the Norse mythology is one of the most well-known trees of life. Depictions of the Yggdrasil range from very minimalist to extremely elaborate and may also include some of the creatures that were said to have inhabited the tree – a dragon, an eagle, and some stags. The Yggdrasil was a central facet of Norse cosmology, cradling the Earth, its three roots extending to three different sacred springs that feed life into the tree. The tree itself has typically been interpreted as being an Ash tree.

One of Charles Darwin’s most famous sketches is one of the Evolutionary Tree of Life, a model representing the extinction of old species and birth of new, mapping the connections between them over time. It has popped up a few times as a tattoo, serving as an interesting representation of the fall and decline of species over time. 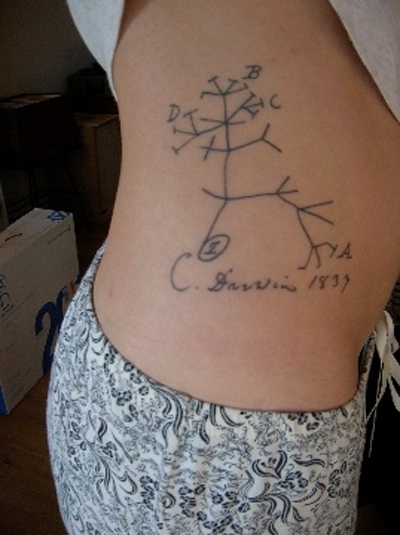 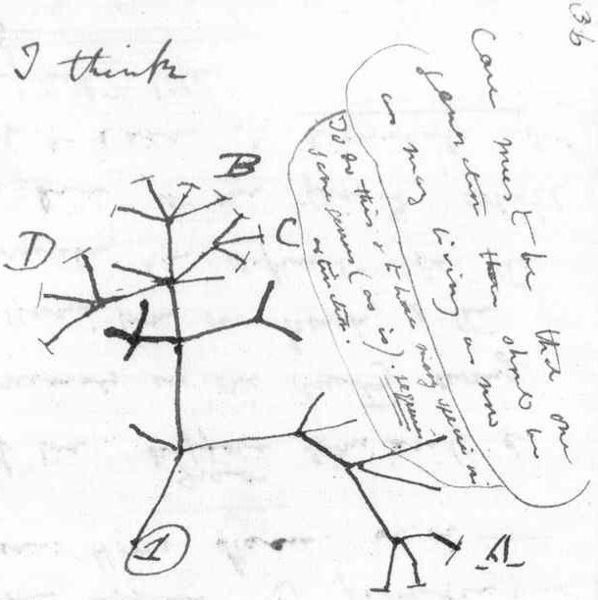 An even less common take on the Tree of Life comes from the Kabbalistic tradition. As Kabbalah (at its most basic, a form of Jewish mysticism) has become more well known (largely due to the public interest of certain celebrities, such as Madonna and Britney Spears), so have tattoos with a Kabbalist influence. This Tree of Life represents the process by which God created the universe (out of nothing), as well as relationships between certain spiritual characteristics and the path by which a human becomes closer to God. The connections and intricacies between the various circles (“sephiroth” or “sephirot”) are also significant and specific. The Kabbalistic Tree of Life is, in short, filled with layer upon layer of complex meaning involving faith, the nature of God’s relationship with Man, and esoteric ideas about spiritual development. 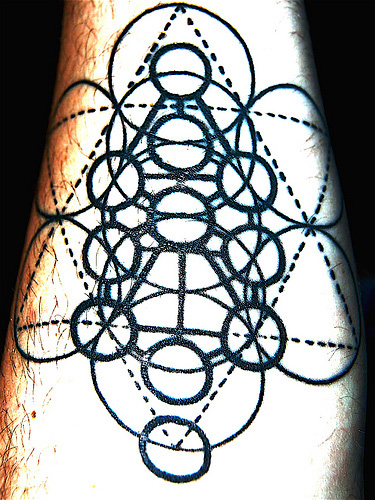 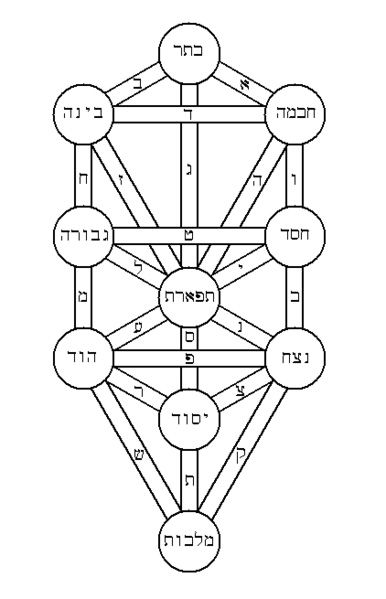 A phylogenetic tree is a branching tree showing the evolutionary links between species. Its origins are also Darwinian but while most people who tattoo the Darwin tree of life tattoo the sketch drawn by Darwin, people who tattoo an evolutionary tree of life have more liberty in their representation although most tattoo designs focus on a circle depicting completely sequenced genomes and the way they are interlinked. 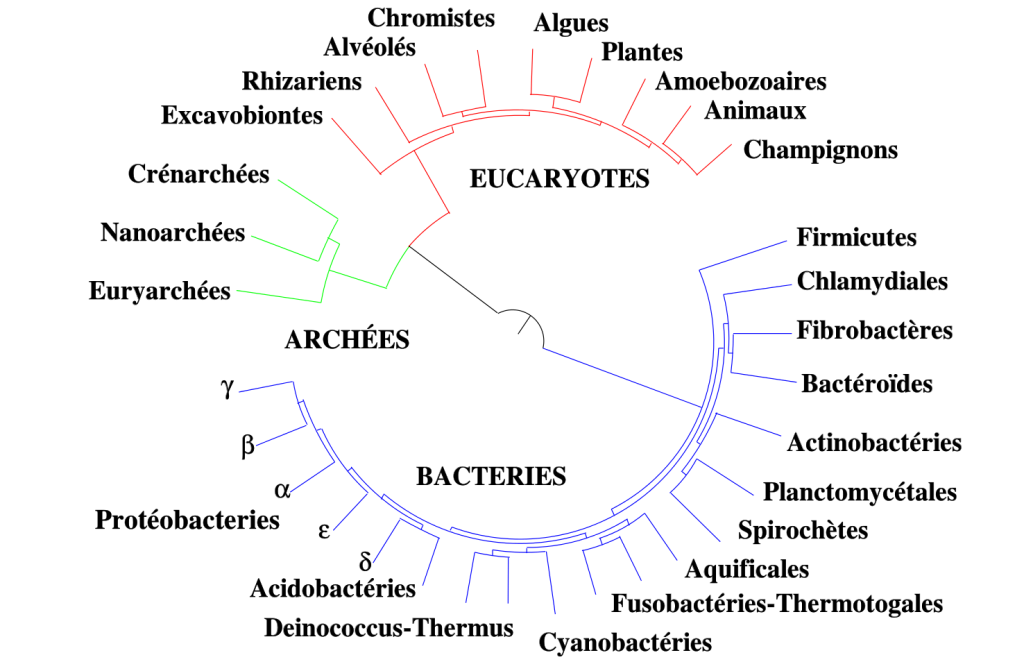 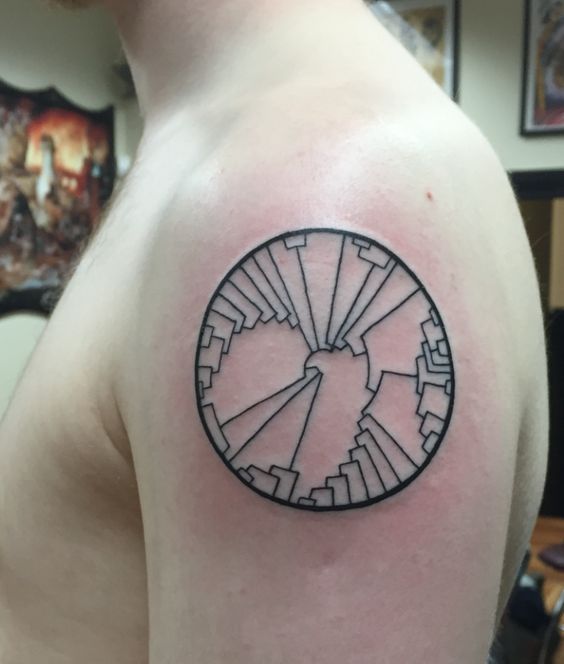 Most of the tattoo designs that incorporate the DNA and the tree of life do so by transforming the root of the tree into the DNA helix. It is logical to do so it portrays DNA as the root of life and the tree can be portrayed both normally or geometrically.

Combining these two powerful symbols is no easy task but there are many tattoo designs that managed to incorporate the two elements seamlessly as seen in this picture.