13 Amazing Apple Tattoo Ideas And What They Mean

Apples are one of the most inked fruits. They are abundant and universally known. For such a seemingly common and mundane fruit, apples have a surprisingly rich history and symbolism. 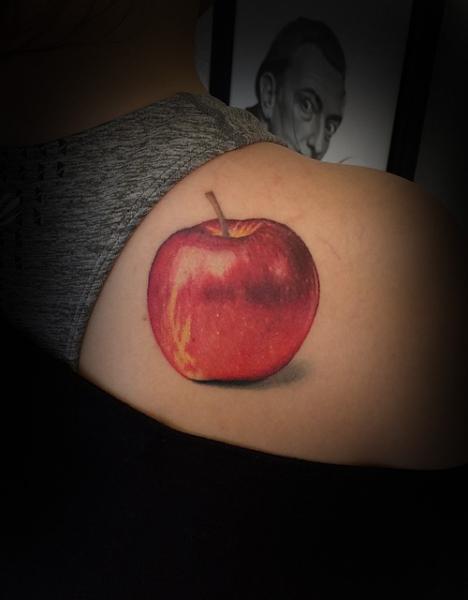 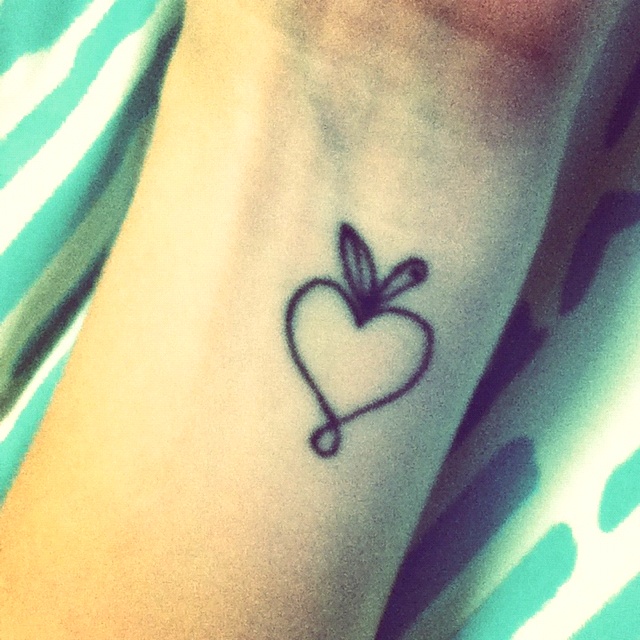 In the biblical story, Adam and Eve eat a “forbidden fruit” that gives them knowledge of good and evil and causes them to subsequently be kicked out of Eden. The book of Genesis never specifically names the type of fruit, but it is universally depicted as an apple. Scholars believe the association with the apple can be attributed to Greek and Roman culture and symbolism, which European artists adopted.

For the Greeks, an apple was a symbol of fertility or divine knowledge, depending on how it was cut. An apple slice vertically represented female genitalia and procreation, while an apple sliced horizontally symbolized knowledge and understanding of divine concepts. A golden apple also appears frequently in Greek mythology and Norse folk legends. In Latin, “apple” was used to describe all unfamiliar fruits and vegetables in Europe; it was not a word that indicated a specific fruit until much later. Cucumbers, apples, oranges, potatoes, nuts, and several other things were all called variations of “apple.” Because of this, the jump from a nonspecific “forbidden fruit” to a specific “evil apple” would not have been difficult. For this reason, apples have long symbolized temptation, sin, and desire, as well as knowledge, understanding, and education.

These symbolic meanings are further enhanced by images of school children offering their teacher apples, a beautiful princess being tempted with a poisoned apple, or the three most beautiful goddesses fighting for a coveted golden apple. This isn’t all that an apple can symbolize, however. William Tell, a 14th century Swiss hero, was forced to shoot an arrow through an apple on his son’s head. His enemies believed he would fail, killing his own child, but William Tell succeeded and became a beloved champion for the Swiss people. His apple became a symbol of liberty and triumph over oppression throughout the country. Contrastingly, Irish and North mythology maintain that the apple is the symbol of immortality and eternal youth, while in China it represents peace and friendship.

Symbolism evolves throughout history and over time to include modern variations and contemporary developments. It is important to understand, especially when considering something as permanent as a tattoo, that not everyone will know your apple tattoo symbolizes eternal life or freedom.

Apple tattoos are used as reminders to abstain from sin and overcome temptation, as well as symbols of seduction and sexuality. In art, two men sharing an apple usually implies that the men are lovers, while Christ holding an apple represents the second coming and eternal life in heaven for the faithful. Because apple symbolism is so rich, historically and contemporarily, it is nearly impossible to assume the exact motivation behind someone’s apple tattoo.

The sole exception to this rule, however, is the Apple logo which is quite recognizable to anyone with knowledge of the Apple brand. If you decide to get an apple tattoo, be prepared to explain the meaning behind the symbol. Don’t let that discourage you, though, because a symbol with a rich history and lots of depth makes it more complex and intriguing.

Poison apple tattoos are very popular ways to depict apples. In the story of Snow White and the Seven Dwarfs, the queen tempts Snow White with a poison apple that leads to her falling into an enchanted sleep. The motif of a poison apple is similar to the Biblical apple, it symbolizes temptation and doom at the same time.

There are many great designs of poison apples, often they stand out because of their bright colors.

When people want to refer to the apple that Adam and Eve ate, they will likely choose to portrait it along with the snake that tempted them to taste it.
The serpent’s temptation is linked to lust and desire. The apple is the forbidden fruit in this case, the object of temptation and sin and to some extent mortality. 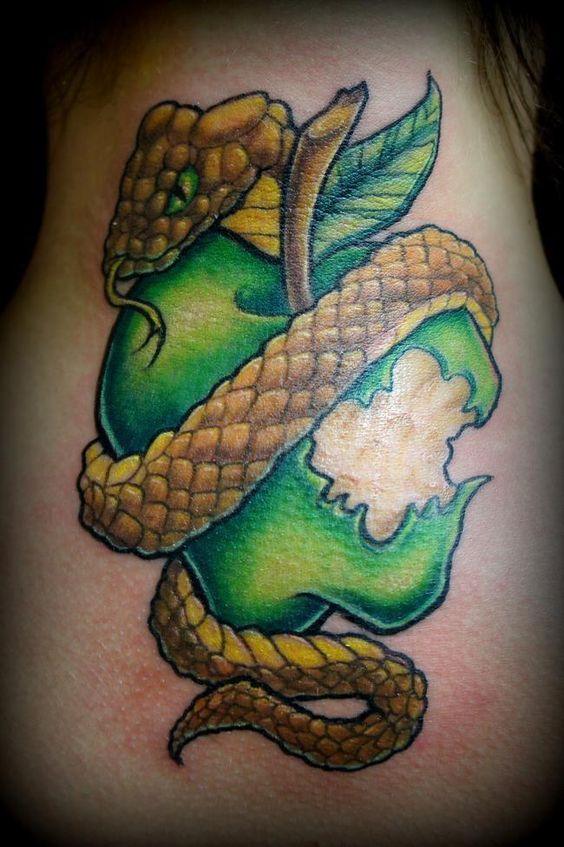 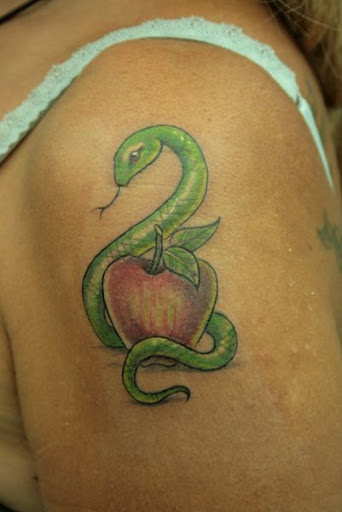