23 Amazing Fairy Tattoos That Will Blow You Away

Fairy tattoos are mythological tattoos representing the legendary spirit known as the fairy. The fairy resembles tiny magical creatures whose appearance is closely related to humans. These bite size mythical creatures are considered adorable by most, which is why cute fairy tattoos are a popular choice among women. There are no more than a handful of tattoos that women prefer over the fairy. As surprising as this may sound, fairy tattoos have just started to gain massive popularity as of this century.

Fairy tattoos are a representation of youth, childhood, peace, serenity and innocence. Fairy tattoos also appeal to those who were very fond of their childhood as well as those who have never had a childhood. Fairies also symbolize love. While fairies have magical powers, they use their powers only to help, not to harm. Their innocent and beautiful nature are attractive to those with the same characteristics. Others get fairy tattoos as a form of protection. In ancient folklore, fairies were used to ward off bad spirits.

Many girls choose the lower back and shoulder as the preferred placement for their fairy tattoo. Because most fairy tattoos are very small, these tattoos have the luxury of being placed just about anywhere on the body…and they are! Where you place your fairy tattoo depends totally on you.

Fairy tattoos are fairly new tattoos but are becoming more mainstream. Britney Spears put fairy tattoos on the map after she got one of her very own. Her famous lower back fairy tattoo received so much attention that it got published in most major magazines.
They were rather popular in the early 2000s but their popularity slightly declined in the past years. 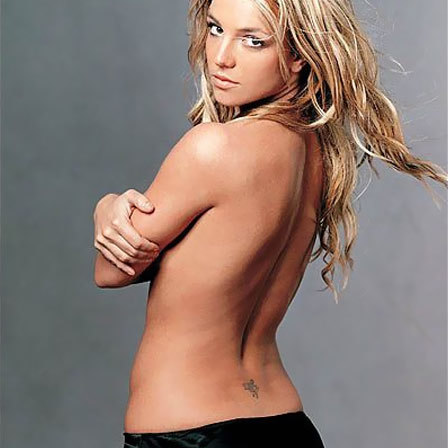 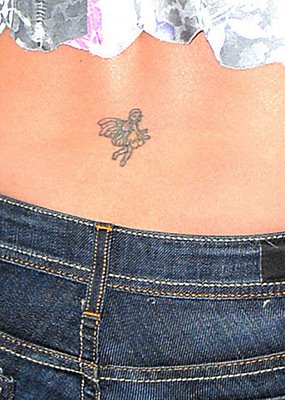 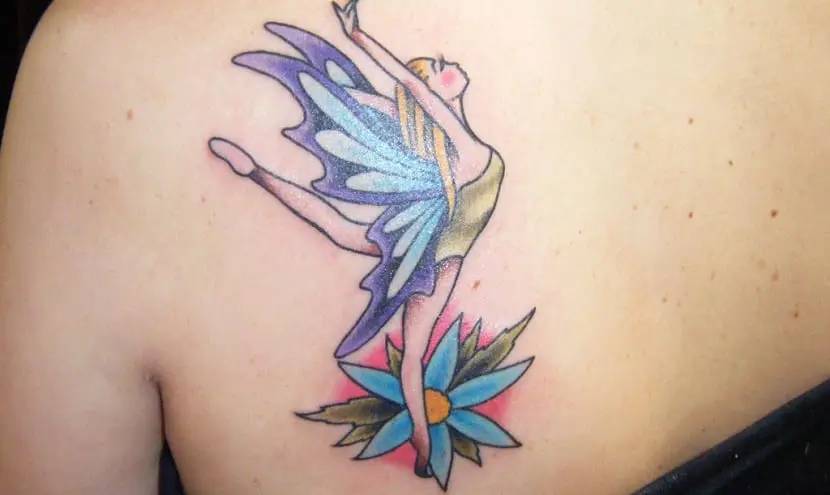 Moons and fairies are another good combination, the moon is also a powerful symbol for mystery and femininity. They are both magical and eerie and there are many beautiful tattoo designs that combine these two symbols. 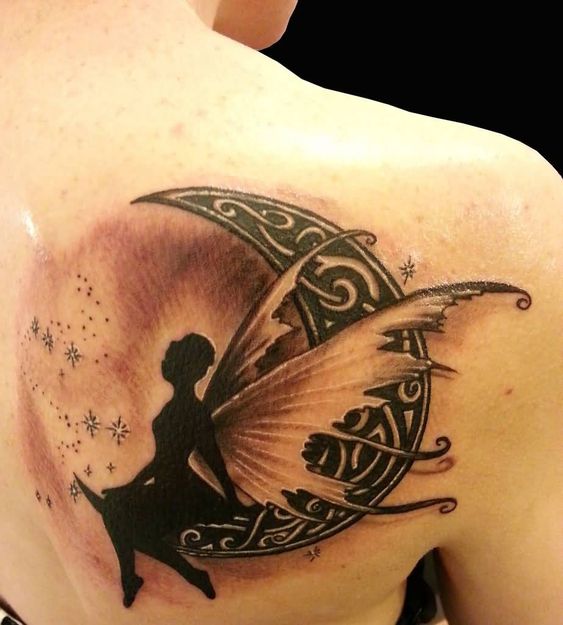 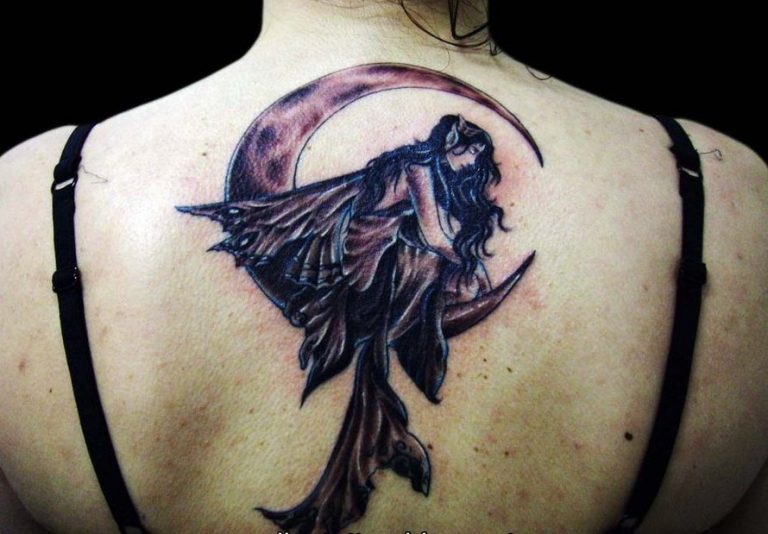 Nowadays, most people associate fairies with cute and beautiful creatures. But there was a time, not long ago when fairies were most associated with negative images, creatures suspected to take children and replacing them with fairy children also known as changelings. Changelings, usually kids with different appearances or disabilities were often subjected to abuse to take the fairy out of them.

Thus, gothic fairies are not the cute fairies we are used to today. Gothic fairy tattoo designs are darker in nature and often have a more frightening or mysterious look.

Because fairies are considered to be small, they translate well into small tattoos, which is partly why they are a popular tattoo theme. Fairy tattoos fit well in a variety of places on the body, like shoulders, hips, lower back, ankles, etc. Fairies can be depicted in a variety of positions, like standing, flying, sitting, reclining, or crouching. Fairy tattoo designs can also be elaborated to include flowers, petals, mushrooms, toadstools, butterflies, hummingbirds, dragonflies, frogs, or leaves.

Fairies are generally chosen as tattoos by women. When men choose fairy tattoo designs, the fairies are drastically different from the tattoo designs women choose. Men often pick fairy tattoos that depict the fairies as pin-ups, or seductive women. These fairies are frequently naked, and represent exotic or impossible seduction, rather than innocence or childhood, just like the men’s mermaid tattoos are very different from those chosen by women. For this reason, the sexy fairy tattoo is more likely to harken to the more sinister traditions and aspects of fairy folklore. This fairy tattoo is seductive, but also dangerous.