Scorpions, like spiders, are one of the most symbolically common invertebrates., and scorpion tattoo are popular with both women and men.

Scorpions themselves are small to medium size creatures, most closely related to crabs and lobsters than to insects or arachnids. They almost universally feature a pair of crab-like claws and a single poisonous stinger that makes up their rear. While scorpion stings are generally no worse than a bee sting, some species possess far more potent venom, sometimes capable of killing a full grown man.

This combination of protection and danger follows the scorpion in its appearances in mythology. In Egypt, where several dangerous species of scorpions were common, the creature was a common image in myth and legend. Isis, one of the most highly respected gods of the Egyptian pantheon, used giant scorpions as guardians and messengers during her search for her lover Osiris body. Aesop featured an untrustworthy scorpion in his fables and even fabled Orion was finally felled by a scorpion sting to his foot before being turned into a constellation.
In Biblical tradition, scorpions were often associated with treachery and subtle evil, most notable the devil himself. Several references to ‘stomping out the scorpions’ actually refer to expunging evil influences on places or people, and with the lack of scorpions as a sign of purity.

Like most animals, the scorpion’s meaning is only tangentially connected to the biological facts surrounding it. In symbol, a scorpion’s sting is invariably lethal and its personality bloodthirsty.

The symbolic scorpion lives to sting and stings to live, so it’s unsurprising that the poisonous stinger is central to its mythology. Scorpions are hunters, unlike spiders, which also factors into their symbolic value. Given that they are hunters, scorpion tattoo meaning is one of intimidation.

Traditional scorpion tattoos are primarily meant as wards or charm against misfortune. By inscribing the creature on one’s skin, it is thought that some of the traits of the scorpion would also be transferred to the tattoo bearer.

Most commonly this would include speed, ferocity and cunning. The small size of the scorpion belies its danger, and observing the lack of predators for these hardy little creatures, early man seized on them as a way to protect themselves from a variety of threats, both natural and supernatural.

The details can be easily seen as the contrast provided by a black tattoo is very visible. Black scorpions are also some of the most common colors, thus the designs look realistic as well.

Scorpions and roses are both thorny and may cause pain but both are distinct and beautiful in their own way. Scorpion rose tattoos are particularly popular with women as they symbolize both ferocity, intimidation but beauty and elegance too.

They may also serve as a reminder that the person can be beautiful but thorny and intimidating. The contrast between the red rose and the black scorpion often offers a stunning sight but some tattoo artists choose black roses instead of red roses. 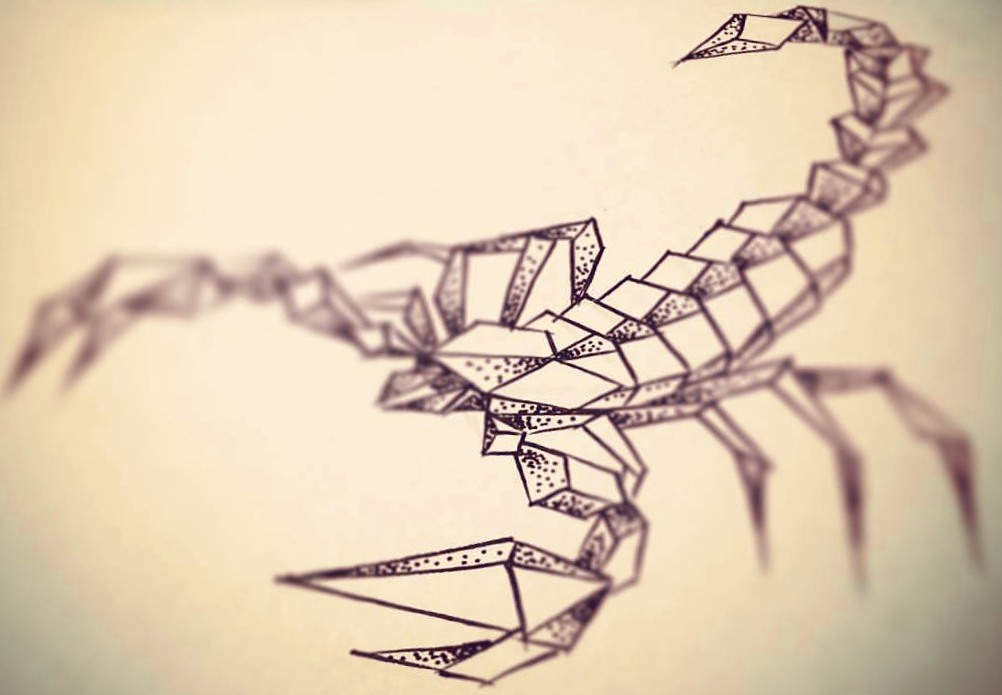 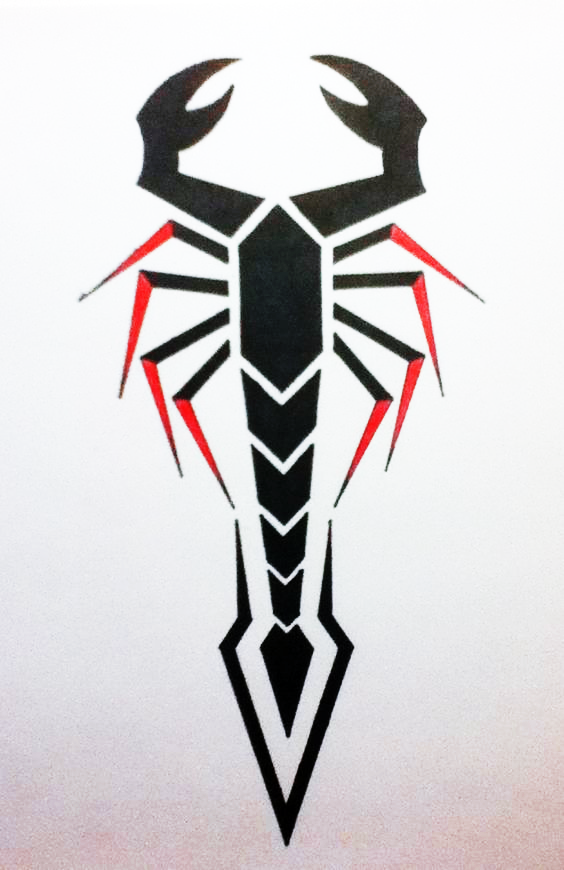 Neck tattoos are getting trendier and scorpion designs on the neck are one of the most popular symbols.

Tibetan Buddhists have a far more benevolent view of the scorpion, as it was a dream of giant scorpions that ended the persecution of Buddhists in that country. They viewed the scorpion as a fundamentally pacifistic creature, only striking when a threat presented itself.

As a result symbols of the scorpion are different than in Western culture, buddhist scorpion tattoos will not be intimidating in nature but often incorporate other buddhist symbols such as yin and yang or nirvana or Buddha.

Tribal scorpion tattoos are among the most popular ways artists depict scorpions. Both scorpions and tribal tattoos are traditional tattoo ideas, having existed for hundreds of years.

Small scorpion tattoos look well on any part of the body whether we are talking about the neck, wrist, arm or the leg. While small tattoos are discreet and can be covered easily they can be eye catching too.

Scorpion tattoos are very versatile, they work amazingly as small designs or large designs as well. A small scorpion tattoo can also be later easily incorporated into a larger tattoo project.

The color red grabs attention immediately and it provides a beautiful contrast especially on darker skin. However, be advised that red tattoos are notoriously difficult to remove so make absolutely sure that a red scorpion tattoo will be done by a professional as modifying it later is challenging.

One of the more potent and enduring symbols featuring the scorpion are found in astrology. The Zodiac features Scorpio, the same scorpion who felled Orion, as one of the major star signs. Scorpios are said to possess many of the traits of the star sign, including eroticism, capriciousness and strong responses to danger or threats.