Tattoos featuring birds, typically swallows, are an old-school style of tattoo that is coming back into vogue. Swallows have always had great meaning to sailors, because before modern navigation, birds were a sign that land was close at hand. They are a symbol of returning home safely. Swallows also return home every year, no matter where they have migrated to, further enforcing the motif of a safe return to home.

According to legend, if the sailor perishes during his voyages and drowns, the birds will alight upon his soul and lift him to heaven from the murky ocean waters. Other occasions sailors get swallow tattoos include after sailing all seven seas, sailing around the Horns (the bottom of Africa and the bottom of South America), and after crossing the equator.

The swallow is a bird that chooses a mate for life. Tattoos that include two swallows is often a symbol of soul mates joined together. Therefore, another meaning for a swallow tattoo is loyalty to family. Other meanings include a struggle that has been overcome, a victory gained, and a hardship survived. Swallow tattoos are rich in symbolism and usually mean something special to the specific owner of that piece of artwork.

Bird tattoos are strong symbols. They are extremely popular and have evolved from marking nautical experience to a wide variety of meanings personal to the bearer. These tattoos are featured on a wide variety of people, transcending gender, age and race. Due to the varied meanings of the tattoos, anyone can get a swallow tattoo and have personal meaning behind it. Swallows are a great motif that will stand the test of time for significance and gravity, and will make a great addition to anyone’s body.

One kind of swallow tattoo is done in the old school or traditional style. Either black and grey or shaded with muted colors, these tattoos channel the style of sailor tattoos. There is often a banner with a message surrounding the bird to enhance the symbolism. 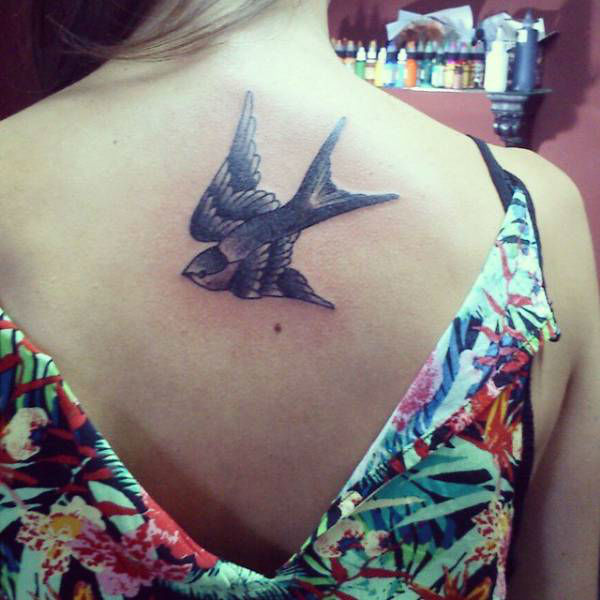 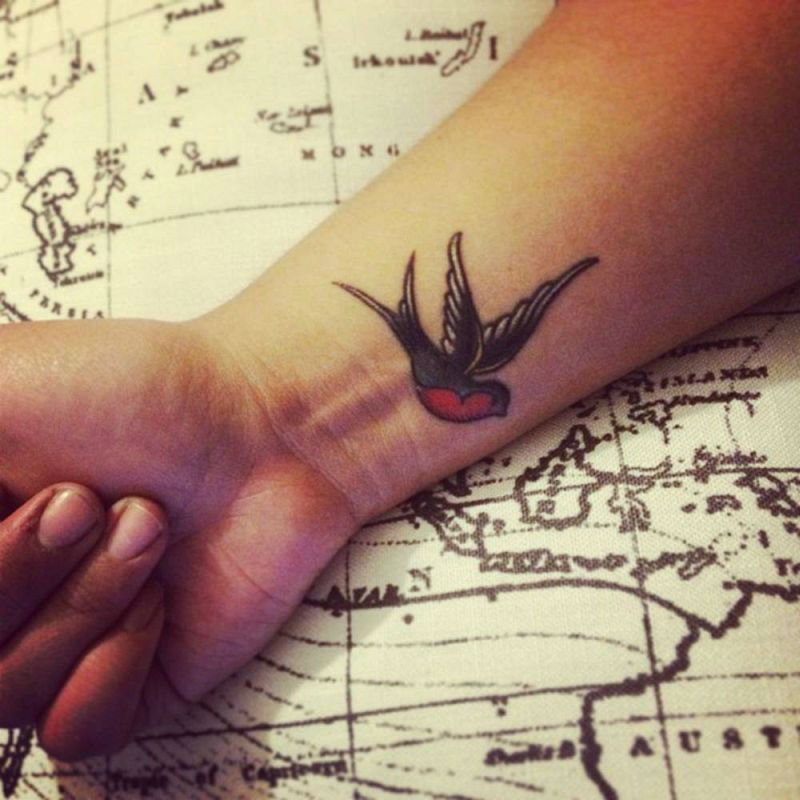 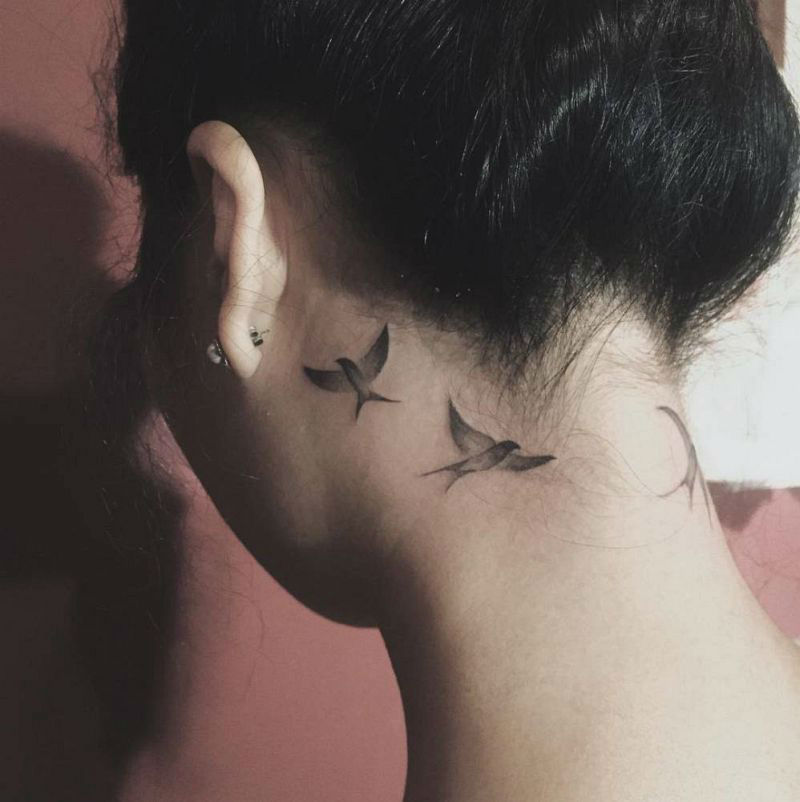 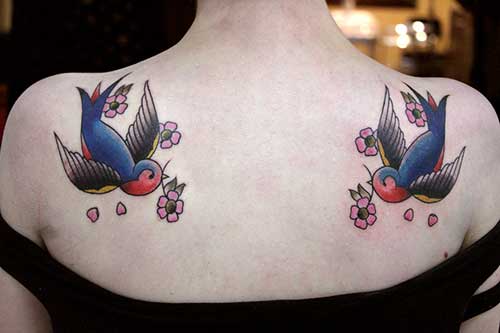 Another style of swallow tattoo is the new school style. This is more stylized and colorful than the old school style of tattooing. Bright colors, shading, and other accents including stars are included. 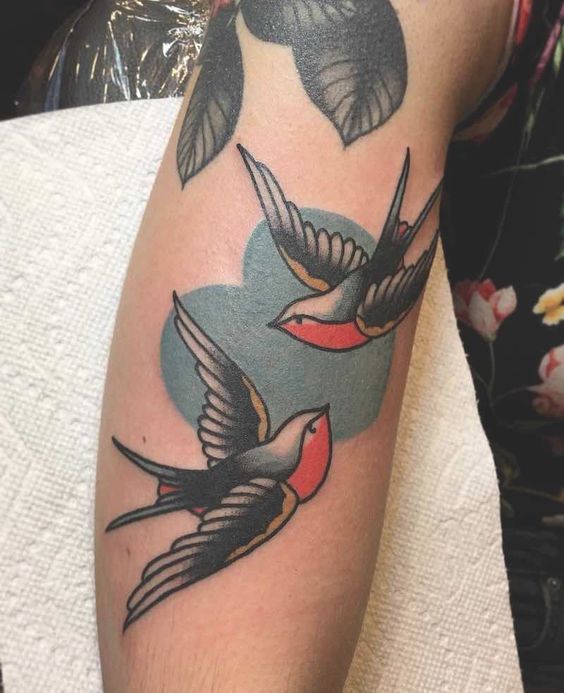 12 Swallow Tattoos To Inspire You